Hanneke Beaumont was born in Maastricht, the Netherlands. She undertook the majority of her artistic studies in Belgium, first at the Académie de Braine l’Alleud. She then focused predominantly on sculpture at the Ecole Nationale Supérieure de La Cambre and at the Hogere Rijksschool voor Beeldende Kunsten in Anderlecht.

Although she held her first solo exhibition in 1983 in Brussels, her defining career moment came in 1994, when she received the major award of the Centre International d'Art Contemporain Chateau Beychevelle for her sculpture group entitled Le Courage. She followed this by participating in the second Exposiciòn Internacional de Esculturas en la Calle, organised by the Colegio de Arquitectos de Canarias in Santa Cruz de Tenerife, where her work was permanently installed.

Since then, Beaumont has steadily established a renowned international reputation, exhibiting in the US, UK, Canada and numerous European countries. She is particularly well-known for her monumental installations in Brussels, such as Stepping Forward in front of the European Council building, Le Départ at Brussels Airport and Le Courage at the entrance to Erasmus Hospital. In 2011, Beaumont was also presented with the ‘Pietrasanta e la Versilia Nel Mondo’ award in Italy, joining a select group, prestigious contemporary artists, including Botero, Pomodoro and Marc Quinn.

At first glance, Hanneke Beaumont’s sculptures are eye-catching, monumental human figures crafted from terracotta clay or cast in bronze or iron. However, as the sculptor would attest, their true meaning and inspiration is found far deeper beneath these raw and natural surfaces.

The inner workings of Beaumont’s sculptures extend beyond the perceived importance of easily digestible features and themes. Her work allows for a universal approach to humanity’s psychological condition of a constant battle between self-doubt and confidence, contentment and yearning, strength and fragility, and contemplation and detachment.

“The inner dimension of the sculpture is essential to my work. I represent the human being, regardless of where he’s from, who he is or what he does. I believe some feelings are universal to mankind and wish to express these,” says Beaumont.

Gender and age have little importance in Beaumont’s work, who states that her sculptures are not constrained by masculinity or femineity, but rather focus on “universal human feelings, like courage or melancholy”.

The sculptor creates her figures out of earth and fire, patient in her meticulous process that brings these seemingly expressionless figures to life. They do not inhabit our lives through distinct features or anatomical correctness, but rather the human feelings they express through their postures and understated facial expressions, which have been carefully thought out by the sculptor.

“I always made them that way before even thinking about it,” Beaumont said of her figures’ androgynous natures. “It just came that way, and then it became fashionable or trendy. But for me it came automatically. They are universal human beings. Sometimes they are more male or more female, but it's not about that.”

Beaumont once worked with live models, but found she had more freedom of expression working solely from her own raw, uninfluenced thoughts and emotions.

“I stepped away from working with a model because I wanted to put into the work what I feel. I wanted to express what happens within humans,” she said in an interview with John Kappes of The Plain Dealer.

She has also always preferred working with clay. She believes it is the perfect medium for expressing her candid statements about humanity.

“I am a clay person; it is my preferred medium. It is strong and fragile at the same time and therefore expresses best what I am trying to say. It also never stops surprising me.”

Beaumont has always believed in letting the material speak for her. By removing gender, age and time (her figures are dressed in timeless cloth), she allows viewers to create a deeper connection with each piece and better relate to their intricate strings of thought. She invites us to create our own unique impressions, filing the gaps with our own inner turbulence wrought from individual life experiences.

Bowman Sculpture has showcased Beaumont’s work for two decades and has sold two of her works to The Frederik Meijer Museum. The gallery also co-curated the sculptor’s first major museum exhibition in the United States, entitled Connected and Disconnected, with The Frederik Meijer Gardens & Sculpture Park. This exhibition later travelled to The Baker Museum in Florida.

Her work has been exhibited at the Frederick Meyers Sculpture Gardens in the U.S., the Museum Beelden aan Zee in The Hague, the Fondation Bénedictine in Fécamp in France, and the Baker Museum in Florida U.S, among others. Beaumont now divides her time between her studios in Brussels and Pietra Santa, Italy. 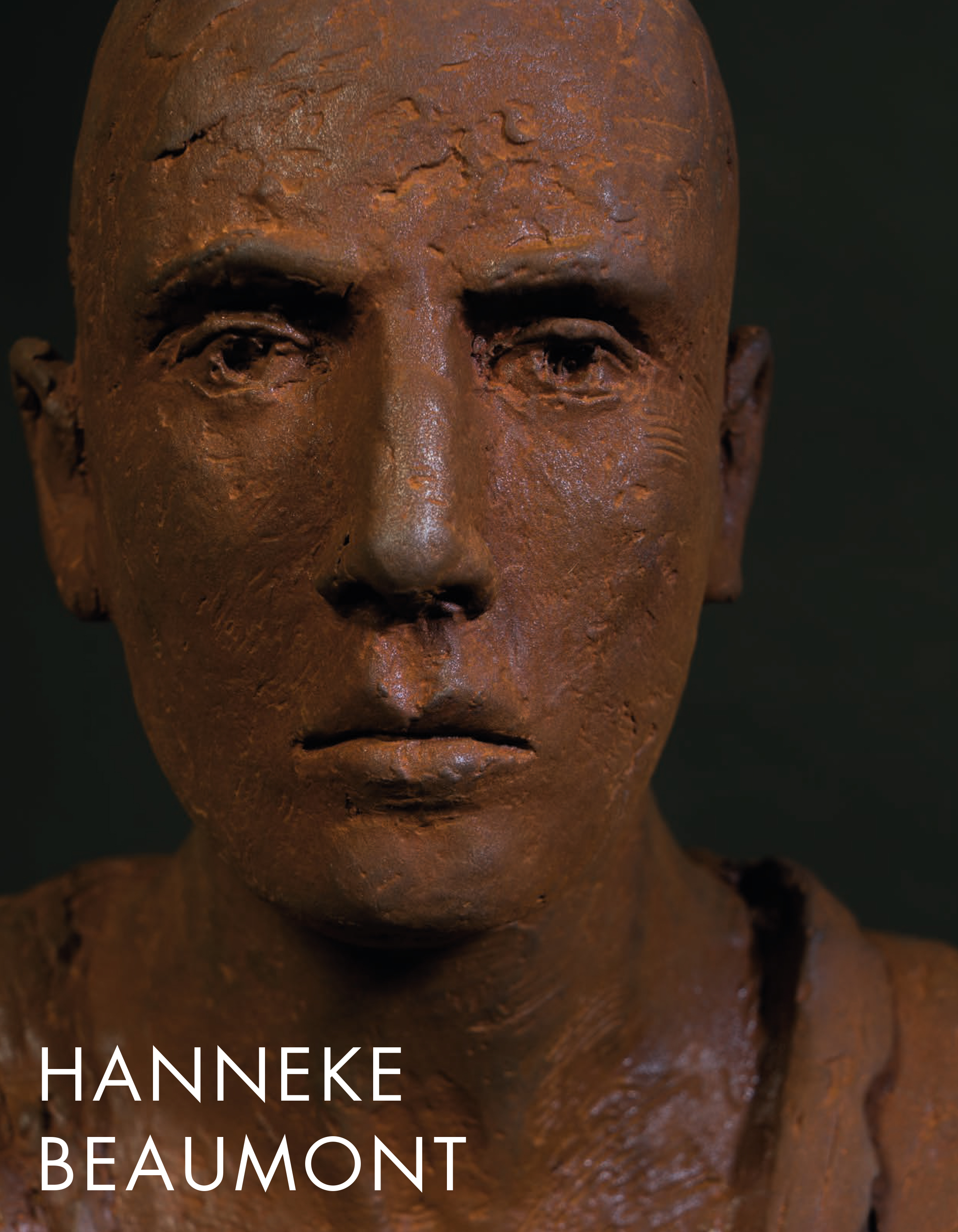