Conceived and cast circa 1896


Sir Bertram Mackennal was born in Melbourne in 1863. He originally received his education from his father, John Simpson Mackennal, before enrolling in the School of Design in Melbourne from 1878 to 1882. In 1883 he moved to London to study at the British Museum before gaining a place at the Royal Academy. However, the young sculptor soon felt trapped by the academic teaching methods of the Academy and at nineteen years of age he decided to abandon his studies and set up a studio for himself. He focused on visiting studios of several leading sculptors, both in Britain and abroad, to expose himself to their techniques and to further educate himself independently.

In 1889 Mackennal gained his first major commission after winning a competition to decorate the Government House of Victoria in his native Australia. He returned to his home country and spent two years working on the project. Upon his return to Europe, Mackennal began exhibiting at the Paris Salon and at the Royal Academy. In 1893 his Circe created controversy in London for its sensual subject matter. In 1910, Mackennal was awarded the commissions to design the coronation coin of George V and the tomb of King Edward VII, two projects which accelerated his career. He received commissions for various statues of Edward VII to be displayed across the British Empire, as well as other memorials for military academies and government buildings.

Mackennal was a major contributor to the development of the British New Sculpture movement, which favoured the concepts of reinterpreting classical subject matters through new elegant forms and symbolism. As the 2007 Bertram Mackennal exhibition at the Gallery of New South Wales showed, Bertram Mackennal must be considered the most successful Australian artist of the early twentieth century. In 1909 he was elected as the first Australian to a membership of the Royal Academy and the first Australian artist to be knighted. He received the Knight Commander of the Victorian Order in 1921, as well as elected R.A. in 1922. He continued working on small- and large-scale commissions until his death in 1931.

The present piece depicts the biblical figure named Salome, a dancer at the court of King Herod of Judea. According to the New Testament, Salome was dancing for King Herod at a feast and her charms seduced the powerful king. He promised to fulfil any wish of her choosing, to which she responded that she desired the head of St. John the Baptist. The shocked king reluctantly carried out the request and St. John’s fate was sealed. The story of Salome’s wish became a popular image in Western iconography, where she is usually depicted with the head of John the Baptist on a silver platter. Often portrayed as a seducer, the imagery was used as a symbol of the power of female persuasion. 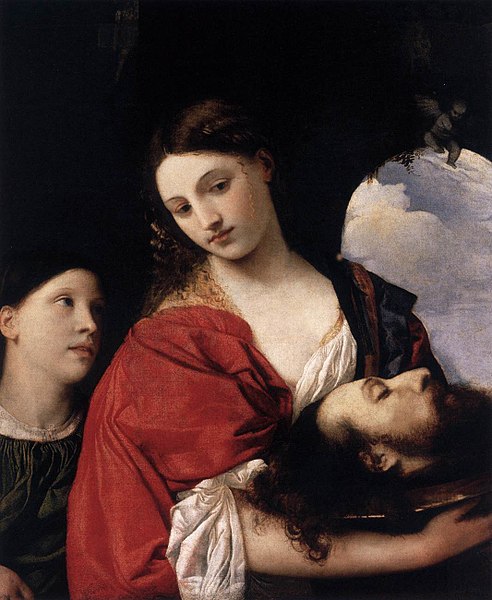 Mackennal delivers a unique twist to the imagery of Salome, by not engaging with the traditional iconography but rather offering a new depiction of the dancer. She is presented in the nude, wearing an exotic headpiece, as she holds a large sword behind her back. In a contrapposto pose, her right foot gently lifts from the ground as the shoulders twist and her back elegantly arches as if to rest on the sword’s edge.

The object of the sword is an obvious reference to the beheading of St. John but also a suggestion of the traditional form of sword dancing prevalent in Middle Eastern culture. Not only does Mackennal present us with a dancer engaged in a traditional form of her craft but also a foreshadowing of Salome’s famous wish and the consequences of her seductive powers. The result is a sculpture that breathes new life into a traditional iconography through imaginative modelling and sophisticated imagery.

The story of Salome was brough to the fore in the early 1890s by Oscar Wilde’s play Salome, a good example of the late Victorian era’s fascination with the femmes fatales and their powers of persuasion. The original model of Salome was first presented by Mackennal in the 1896 Royal Academy exhibition. The work was very well received and garnered critical acclaim for its sensual modelling.

The model of Salome was only cast in the present size. Other examples of this work can be found in a number of public collections, such as that of the University of Melbourne and the Art Gallery of New South Wales in Sydney.

Buste D'enfant (Bust Of A Child)