‘There can be no doubt, whatever the rapid advance made in the art of sculpture during the last thirty years was, to a considerable extent, due to the sympathy and the interest which Leighton gave to it’ – Hamo Thornycroft (Barrington, 1906, p.6)

Frederic Lord Leighton was one of the most prolific and influential artists in Victorian Britain. Born in Scarborough, he studied and worked in Europe, primarily Italy and Paris, before settling in London in 1859. He quickly rose as one of Britain’s brightest stars and became an associate member of the Royal Academy in 1864. He was elected president of the RA in 1878 and maintained the position for almost twenty years until his death in 1896.

Although Leighton is primarily known for his paintings, he was also a fundamental figure in the development of late-Victorian sculpture. The exhibition of his first ever model, An Athlete Struggling with a Python in 1877 was heralded as signalling a rebirth of the sculptural form, prompting a movement known as New Sculpture. This piece was then followed by two other works, The Sluggard (1885) and Needless Alarms (1886). These works cemented Leighton’s influence and position in the medium of bronze sculpture. 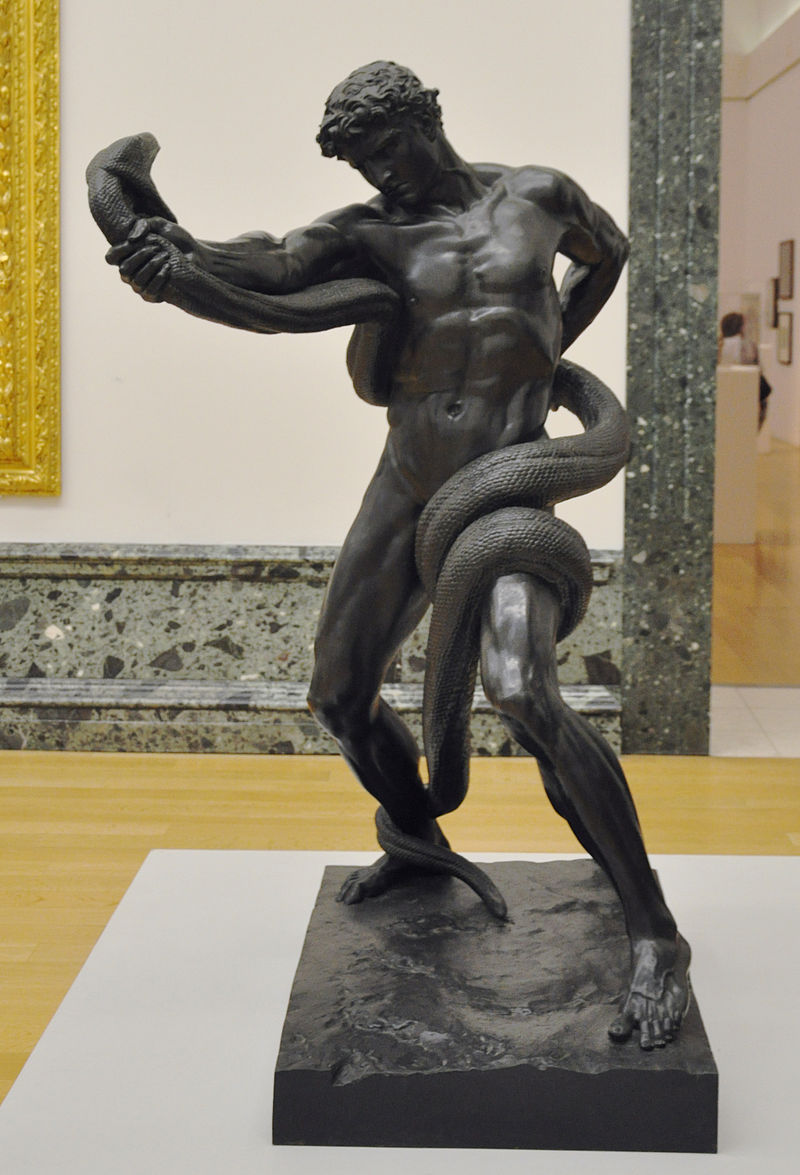 Leighton’s contribution to the renaissance of sculpture in Britain is not only confined to his artistic merits. Thanks to his influential position as president of the Royal Academy, he was also able to mentor the development of sculpture as a patron. Leighton contributed to the study of the discipline by supporting Hamo Thornycroft’s election to the Royal Academy in 1881, and instituting changes to the Academy’s exhibition rooms that facilitated the display of sculpture. He was also responsible for the progress of Alfred Gilbert’s career in Britain and ultimately convinced the sculptor to move back to London from Rome.

After being honoured with a knighthood in 1878, Leighton was the first artist to be given a peerage, becoming Lord of Stretton in 1896, the year of his death. In 1900, he posthumously represented Britain with his paintings at the Great Exhibition in Paris. His residence in Holland Park now houses the Leighton House Museum in London. 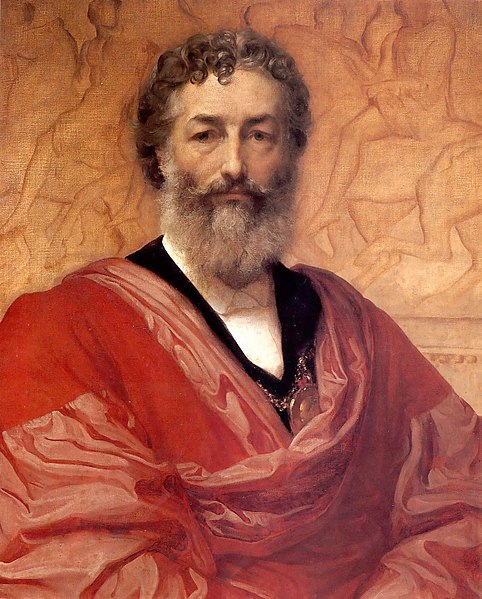 The Sluggard is one of the most famous sculptural works of Leighton as well as of 19th century Britain. It depicts a male nude in a momentary stance of languish repose, his arms raised above his head as he stretches out his limbs. Similar to his paintings, his sculptures relied heavily on the contoured lines and exact detailing of his drawing skills and imbues the work with elegant grace and form. The result is a work that harks back to the classical traditions of ancient and renaissance sculpture; however, its subject matter and style of portrayal was entirely new.

The inspiration for the Sluggard came from Leighton’s life-drawing model Gaetano Valona stretching during a break between poses. The work was originally called Athlete Awakening from Sleeping and was first executed in 1882. It is argued that the work was conceived as a sequel to An Athlete Struggling with a Python, however the work is more removed from the Neoclassical style as it intricately plays with the ideal and the real. Although seemingly in a state of relaxation, the defined muscles of the male figure are flexed and showcased as an ideal form.

The original cast was received with great critical acclaim at the Royal Academy in 1886. Subsequently in 1889, it was exhibited in Paris and earned Leighton a medal of honour. This bronze is a sketch for the finished work and one of an edition cast by Singer and Sons of Frome, Somerset. This version was produced for the collectors’ market, as a reduced version of the finished work was never cast.

Singer and Sons set up their new foundry, capable of casting using the lost wax and sand-casting processes, in 1888. The rights to market the model were bought by Arthur Leslie Collie in 1890. Working from his joint premises with Agnew’s in Old Bond Street, Collie sold numerous works of Leighton and other British sculptors in collaboration with the Singer and Sons Foundry. A bronze cast of the Sluggard, which bore his name and that of the foundry, was exhibited at the Arts and Crafts exhibition of 1890. By 1901 Collie was no longer associated with Agnew’s and by 1906 he was no longer listed in the art directory. Therefore, casts made under Collie’s name can be accurately dated to this period.

The Sluggard became one of the most popular sculptures of the Victorian Era and many notable museums possess a cast in their collections. These include the TATE Britain, the Royal Academy, the Victoria and Albert Museum, the Leighton House Museum, the Ashmolean and The Metropolitan Museum of Art in New York. A cast of the Sluggard was also included in the design of Lord Leighton’s tomb in St. Paul’s in 1902. 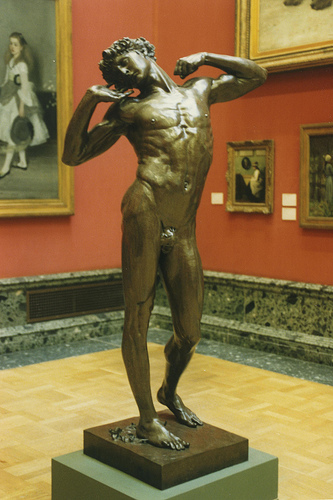