Conceived and cast circa 1853


Jacques-Louis Gautier was born in 1831. He studied under the renowned French sculptor François Rude. Making his debut at the Paris Salon at the age of nineteen in 1850, Gautier was known for his strong evocative modelling and powerful works. His varied talents earned him the position as the official sculptor for the bronze manufacturer Van Mons. In his short yet productive career he continually exhibited at the annual Salon until 1868, whilst also working as an independent artist and for Van Mons.

Mephistopheles is a character first made famous through the play Doctor Faustus by Christopher Marlow in the 16th century, and subsequently by Johann Wolfgang Goethe’s Faust in the 19th century. The story recounts how the genius scholar Faustus makes a deal with Mephistopheles, the Devil’s agent, for his services in return for his soul.

At first, the relationship between Faust and Mephistopheles can be described as that of a servant and master. Mephistopheles fulfils the wishes and desires of the ambitious scholar, seemingly providing him with immense power. Yet soon Mephistopheles reveals his true intent in trapping Faust’s soul sooner than he expected, by instigating various misfortunes and deceptions that cause Faust to emotionally despair and regret his pact with Mephistopheles’ master, damming him for eternity.

With the popularity of Faust’s story, for the past centuries the character of Mephistopheles has been received and discussed not simply as the personification of evil rather as a facilitator of Mankind’s innate corruption, with a sly humour and deceiving nature. 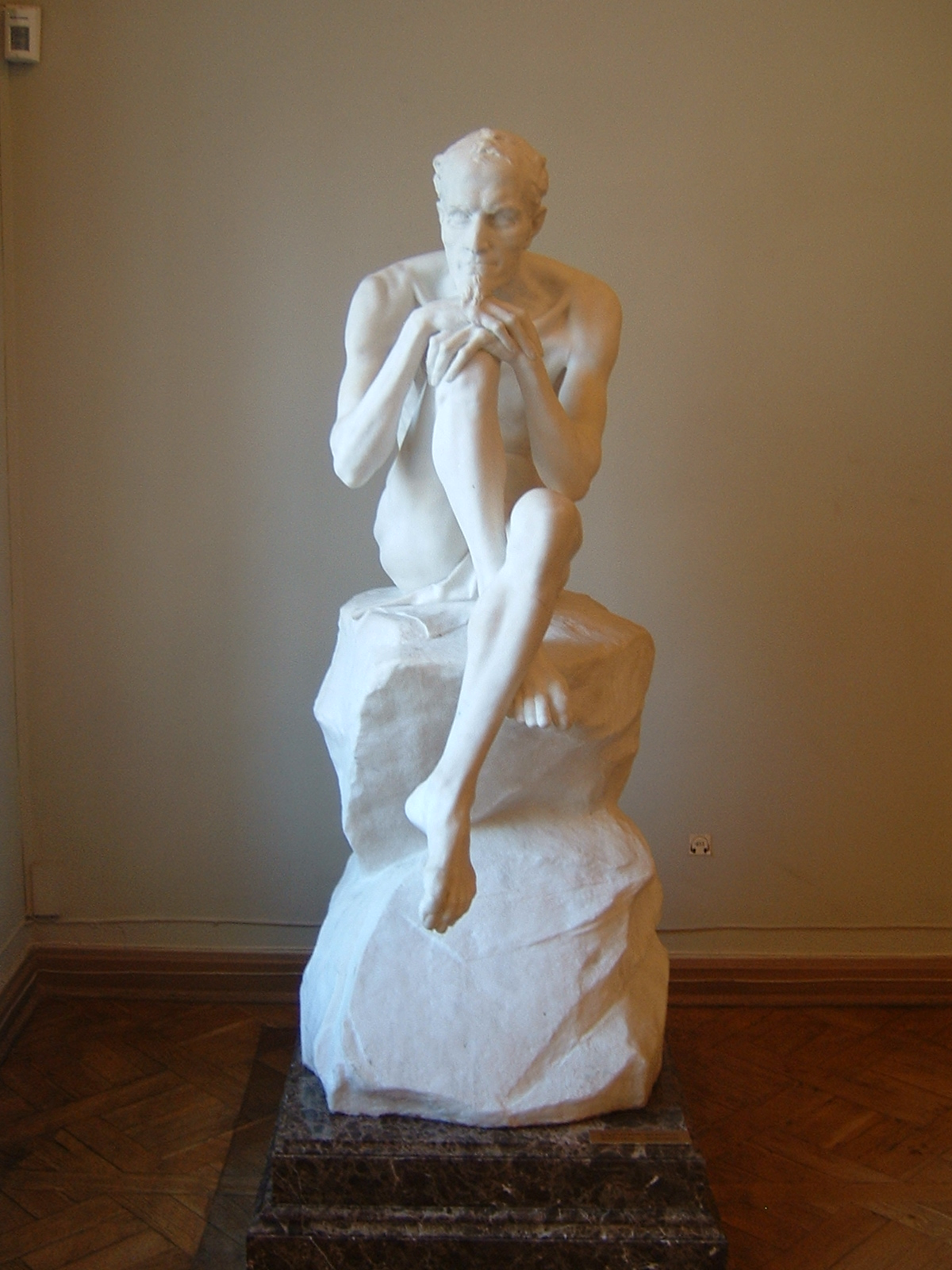 Filled with fantastical and theatrical detailing, Gautier succeeds in pre-empting the entire story of Mephistopheles and Faust’ relationship in a single work. He imbues the figure with the nature of Mephistopheles’ nefarious character, expertly combining naturalistic observation with a fantastical imagination of macabre imagery.

In the present piece, Méphistophélès is portrayed as a thin, elongated figure, his bone-like limbs wrapped around his meagre torso. He is presented in the 16th century clothing of a jester, with a feathered cap and coat, tights and pointed shoe. The figure’s clothing is influenced by the popular iconography of Mephistopheles in the 19th century, as can be seen in Johannot’s engraving of 1845-7. The engraving depicts Mephistopheles at the beginning of the story, with the same feathered cap and jester’s tights. Gautier’s depiction is slightly more complex, in that he presents the viewer with the entirety of Mephistopheles’ character, both as the jester figure at the beginning of the story and the sinister trickster at its conclusion. 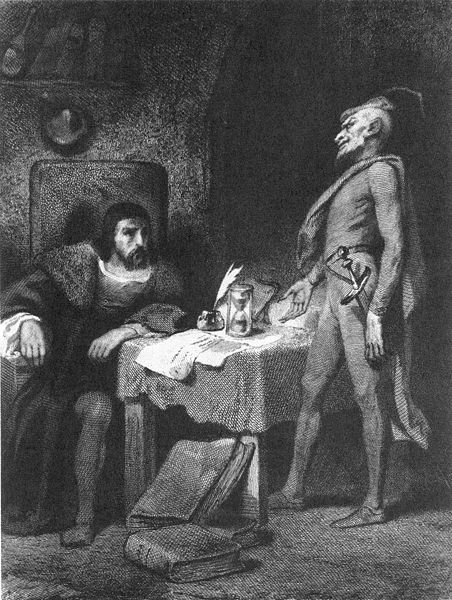 Méphistophélès’ legs are crossed over, suggesting an imbalance between his two opposing sides. The front leg is human in form, while the back leg, seemingly human, ends in a cloven hoof, applying the quintessential iconography of the Devil. Yet even his human form is visible to be only a disguise, as his human foot grips the base of the sculpture like an eagle’s talon.

Méphistophélès duality is a testament to the evocative modelling of Gautier’s work. Unlike Faust, whose ambition and flaws made him unable to recognize Mephistopheles’ true mission, the viewer is made aware of his nefarious character and is gifted the capability to see through his disguise. The result is a work that encapsulates a fantastical story with expert figurative modelling.

Gautier conceived Méphistophélès in 1853. It was first unveiled at the Exposition Universelle of 1855 and received much attention. The Duplan and Salles foundry acquired the rights to cast the work. Examples of which were acquired for the collections of the 15th Duchess of Alba and Napoleon III.